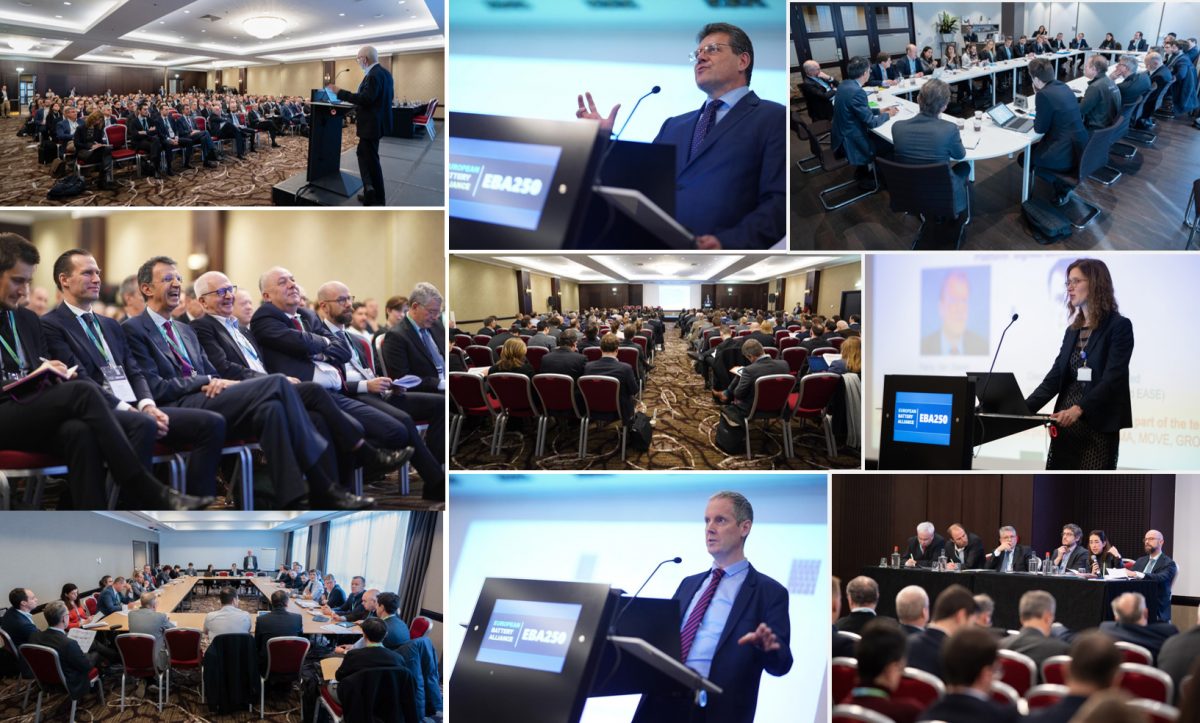 The fifth EBA250 meeting, held in Brussels on 29 January showed that the European battery industry is on the move. More than 200 stakeholders from across the entire battery value chain accepted InnoEnergy’s invitation to meet and discuss with representatives from the financial sector on investments and funding opportunities in Europe.

In October 2017, European Commission Vice-President, Maroš Šefčovič, launched the European Battery Alliance (EBA) to allow all Europeans to benefit from safer traffic, less polluting vehicles and more advanced technological solutions while creating a competitive and sustainable battery cell manufacturing value chain in Europe – a market with an estimated annual value of €250 billion by 2025. InnoEnergy has been steering the EBA250 initiative, gathering the voices of 250+ industrial and innovation actors all along the value chain, from mining to recycling.

When opening the high-level meeting in Brussels, Diego Pavia, CEO of InnoEnergy, reminded that Europe has to act forcefully, jointly and urgently in order to establish a strong and healthy battery production industry in Europe. “Europe has to do it together and we have to act now if we want to have battery production in Europe”, he said. And financial institutions have their role to play. The battery market is growing at an unprecedented pace primarily driven by the need to electrify the transport sector but not only. Other sectors need batteries as well. This means that the market risk is practically nonexistent.

European Commission Vice-President, Maroš Šefčovič and EIB Vice-President Andrew McDowell were welcomed as key note speakers, stressing what has already been achieved in such a short period of time. The EBA250 is a model of collaboration. Bringing together the value chain actors, fostering public-private partnerships and collecting market intelligence helped to facilitate the emergence of well-integrated and industry-led battery cell manufacturing projects, strategic for Europe. “The kind of initiative that I hope to see more of in Europe”, said Andrew McDowell.

Many actions are already on their way but more efforts are needed to make Europe and its industries competitive vs international battery cell manufacturers. Aligning the business needs of the industry with the financial ones is therefore key. The EIB announced that new financial instruments are being developed to support projects all across the value chain – from mining and refining all the way through to recycling. The European Commission services also provided an extensive overview of the efforts made by the European Union to create the most favorable regulatory framework for the emergence of industrial projects in the field of batteries, providing as much certainty as possible and therefore de-risking investments.

We thank all participants for their engagement and valuable contributions throughout the day and look forward to continuing our cooperation to build a strong and sustainable European battery industry.